Around the world in 80 images

Evocative and at times iconic images of history in the making. Eighty examples of citizen journalism from across the world in the year 2011, selected by Vincenzo Marino. A journey through photos and videos posted on YouTube, Twitter and Facebook, a kaleidoscope of images that talk everyone's language.

Floods in Thailand, train tries to make its way through water

Tunis, protests in front of the Interior Ministry

Japan earthquake, cracks in the ground

Athens, smoke over the city during clashes

My tram experience, a video generates a storm in the British media

Genova, cars carried away by floods

Tunisia, man shouting in the street during curfew

Protests in Russia against Putin

Greece, Parliament protected by the army

Riots in Vancouver after the Canucks Stanley Cup defeat

Protests in Tel Aviv, music and dancing in the streets

Occupy Nigeria, attack on a protester in Abuja

Occupy Wall St, police with batons in the street

Occupy Nigeria, violence on a protester

Syria, protests at the University of Aleppo

Chile, protests at the University of Santiago

Protests in Yemen, army shoots at the crowd

Japan, earthquake in a shop

Manchester, clashes between police and rioters 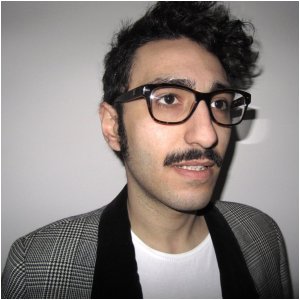 Vincenzo Marino, aged 26 from Calabria in Southern Italy, graduated in News, Media and Publishing Sciences. He blogs as the author of "Calabria-Politica Bruzia" for Blogosfere and other personal pages. He has just returned from work experience in Brussels in the communications field. Co-founder of an Internet radio station in 2007, he writes about media, politics, society and wastes his time on Twitter (@ungormite).